I am not really into american football, but this razor was made for a die hard Broncos fan (if I understood everything well ), thats why I had to make it orange-blue in color. As you can guess, buying rayskin thats dyed a nice orange color already was nearly impossible, so I had to improvise. After a lot of tries and coloring methods we found one we both liked, and used dark blue cord for stitching it to the damascus. Of course it is glued to the steel too, the stitching is mostly cosmetic, and is CA impregnated as is the rayskin, otherwise water would seep into it, making the steel rust underneath with time.

Here is the outcome of this project, hope you will like it! The steel is a 600 layer O1+15N20 damascus at around 60-61HRC hardness, symmetrically ground. Thanks for watching! 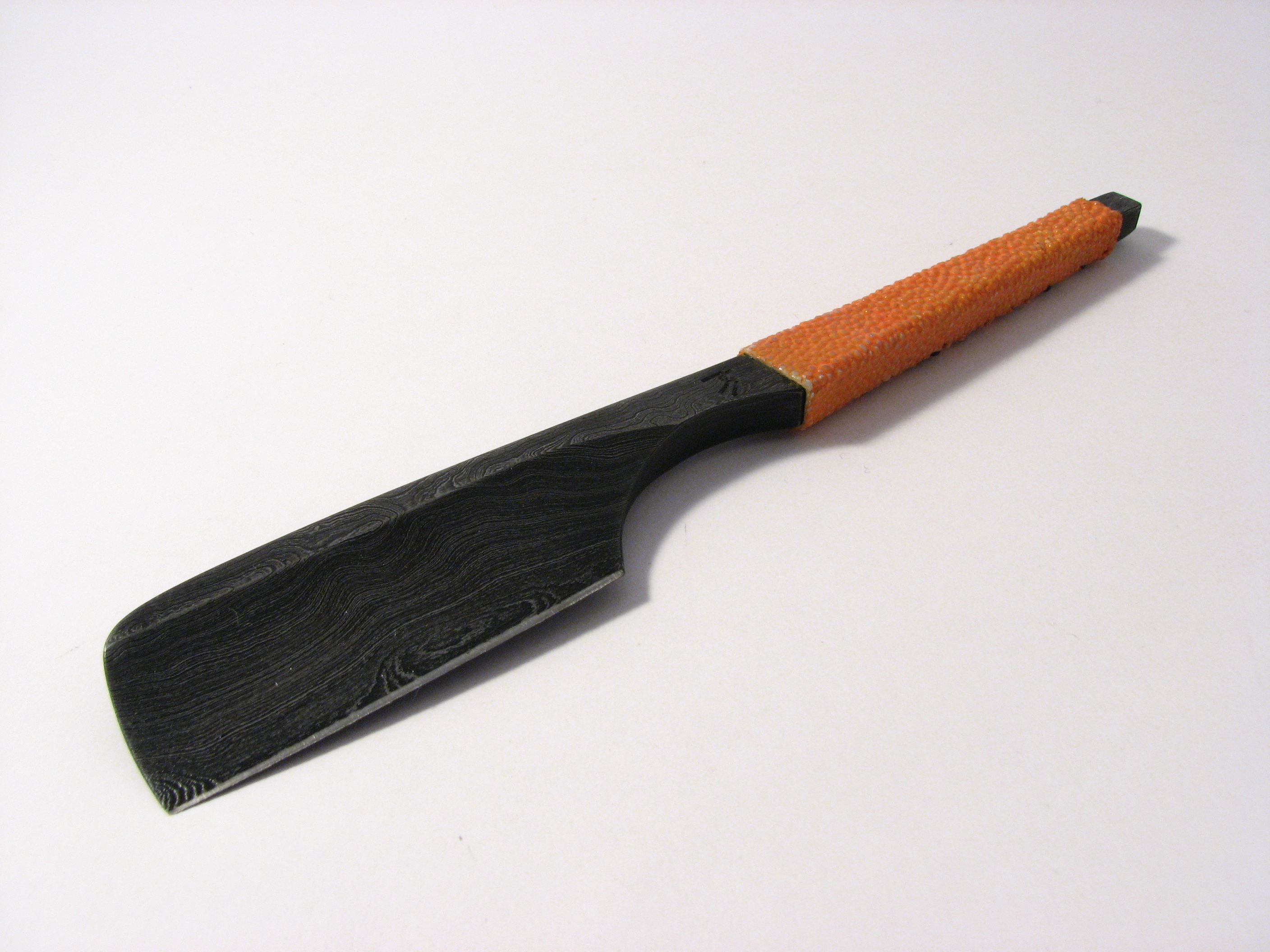 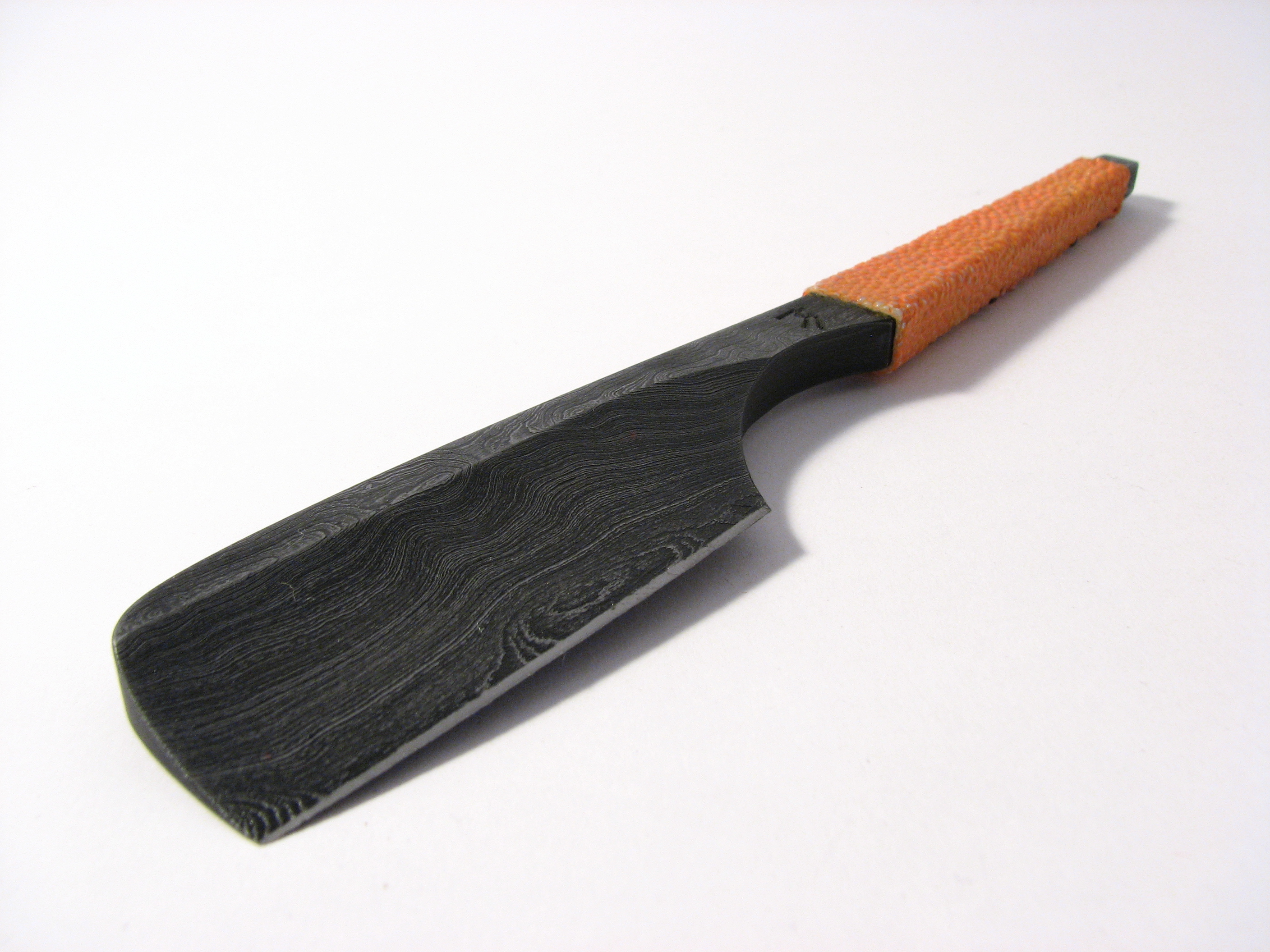 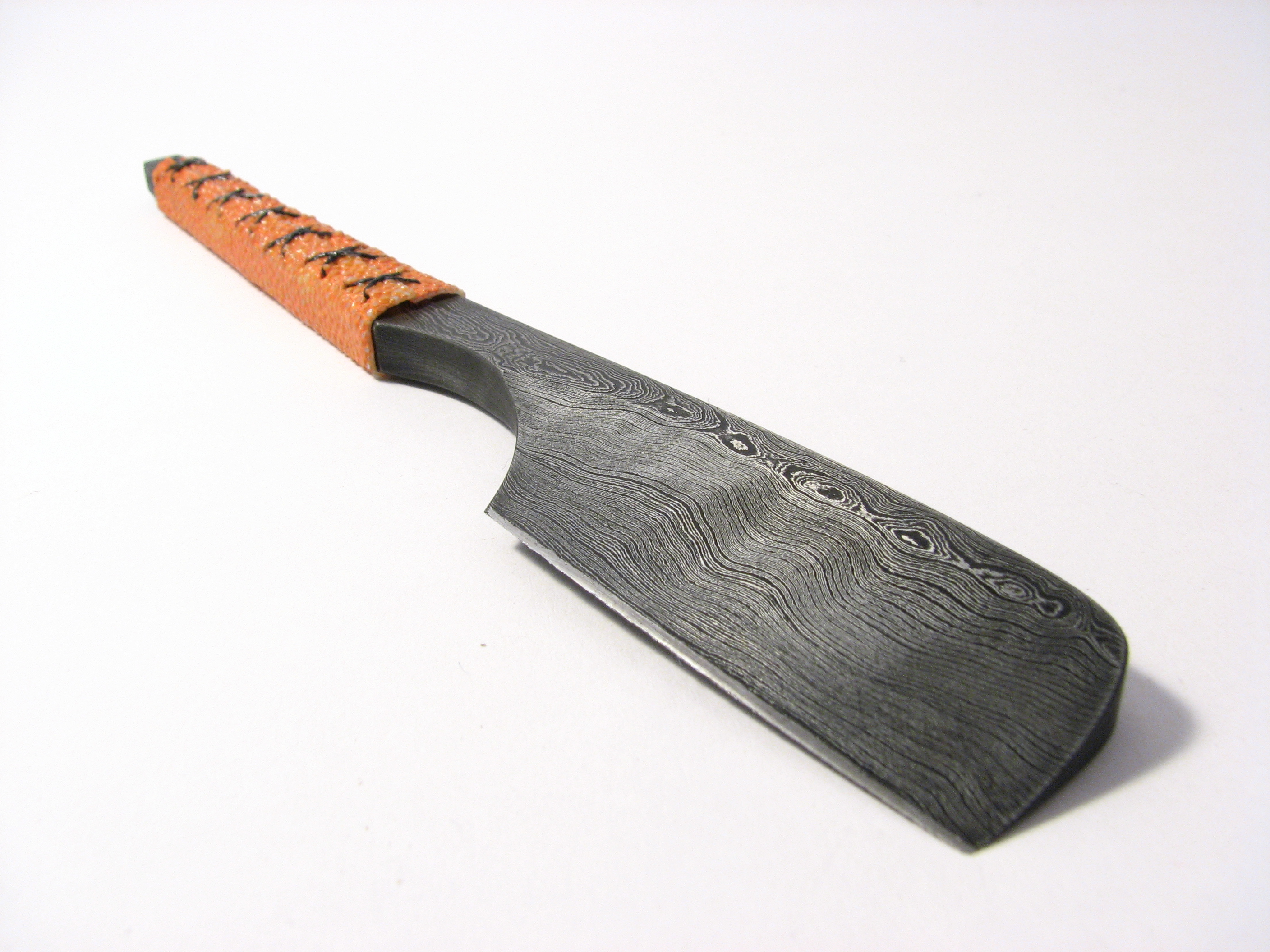 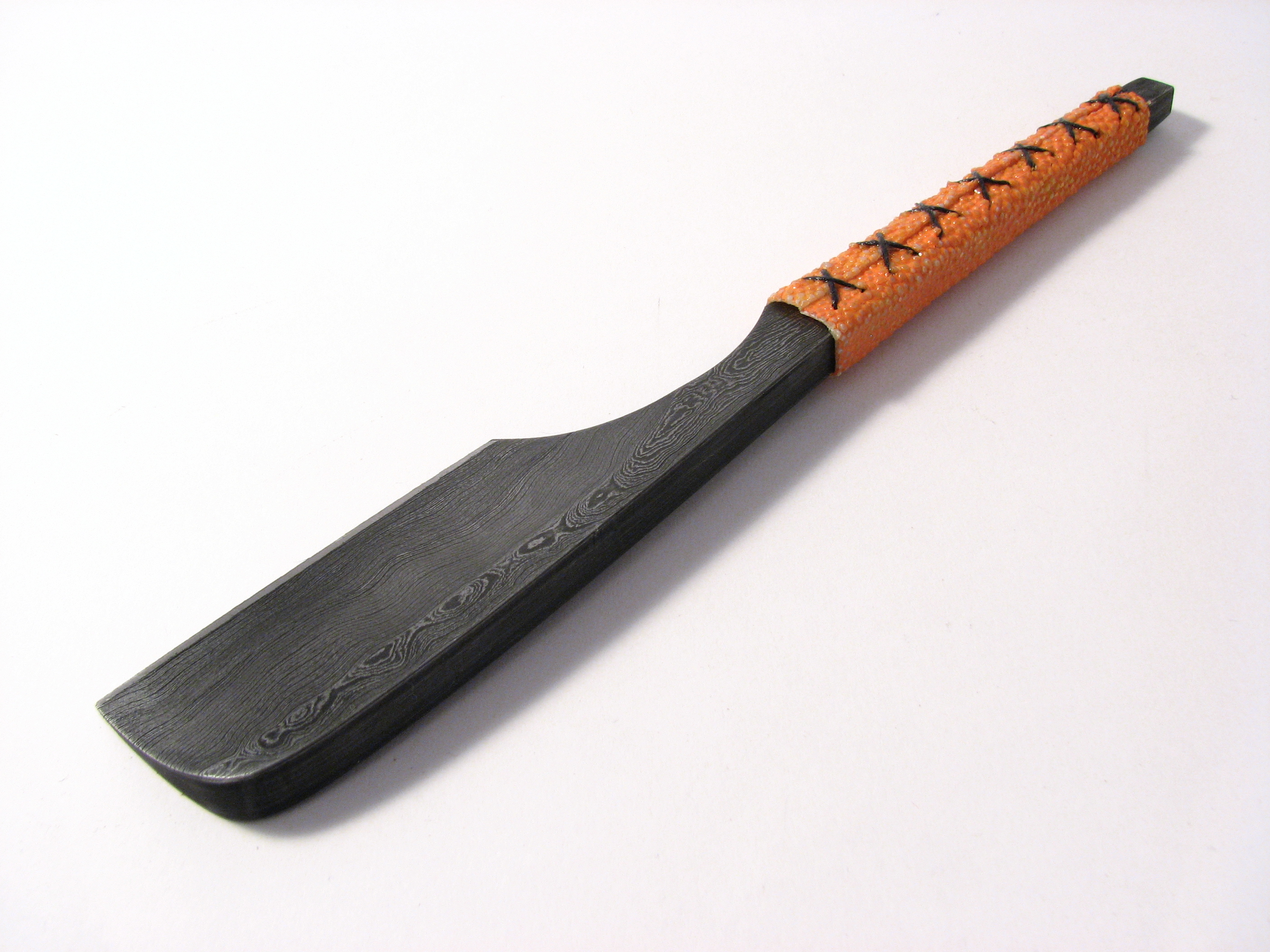 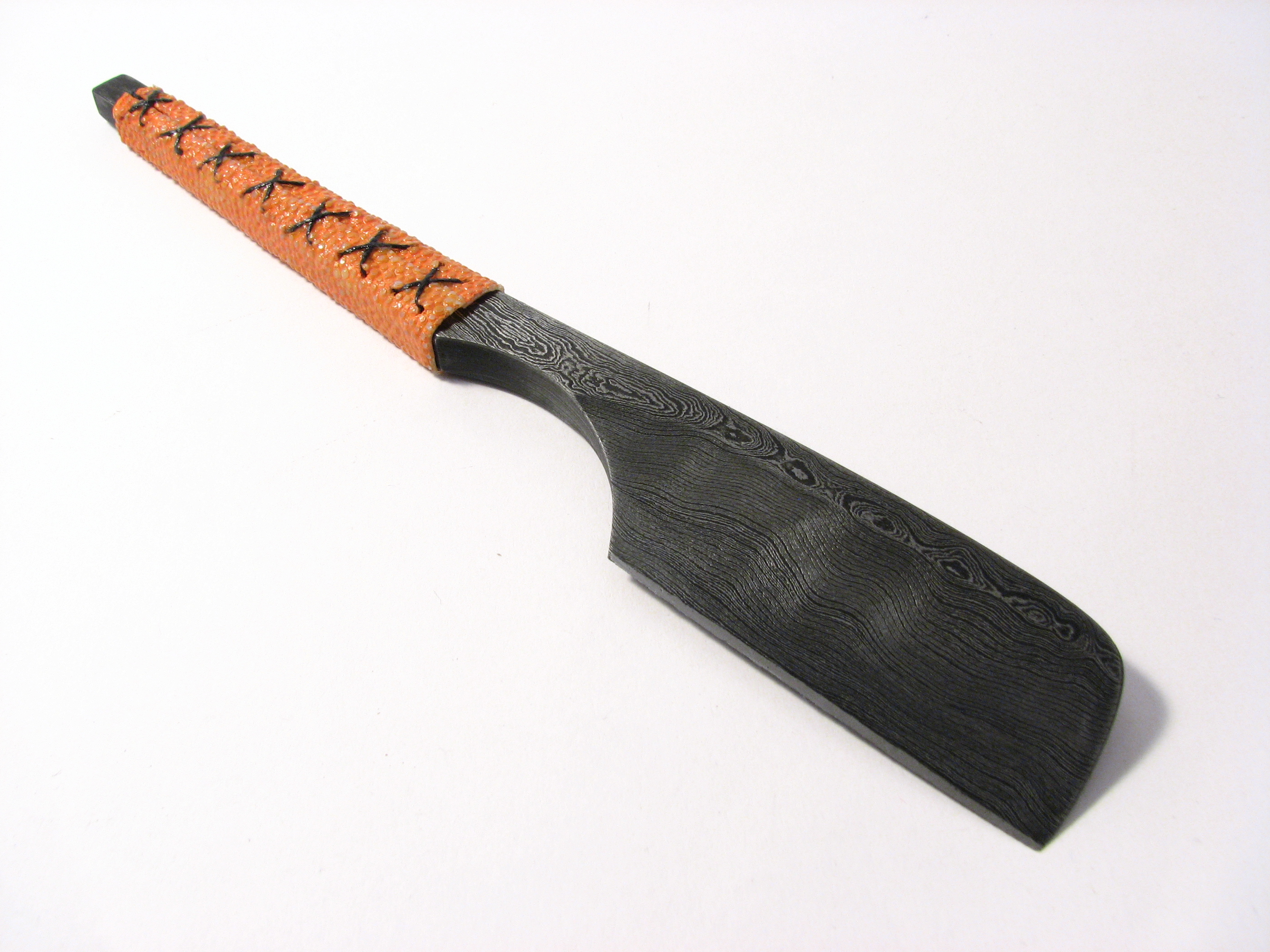 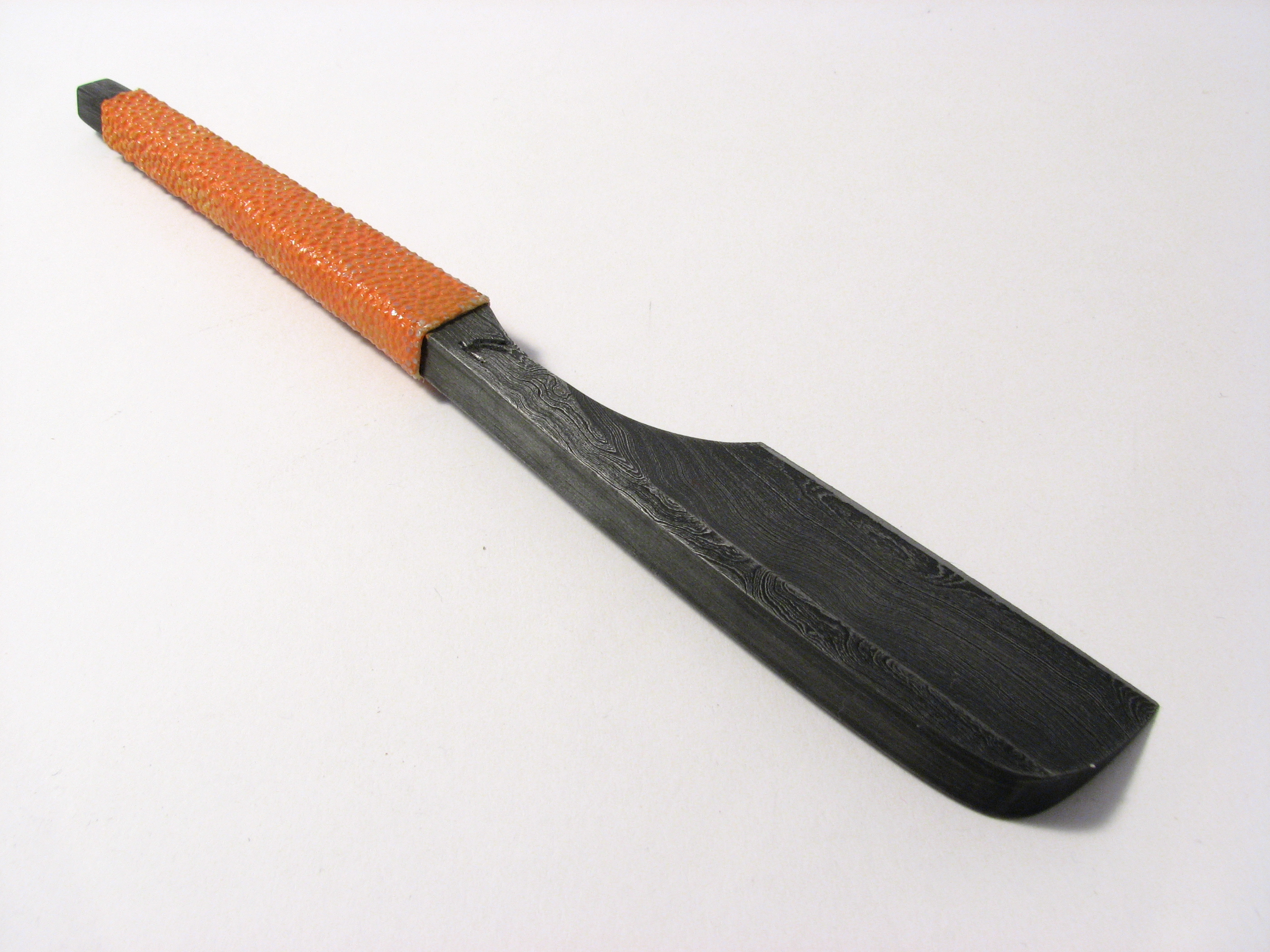 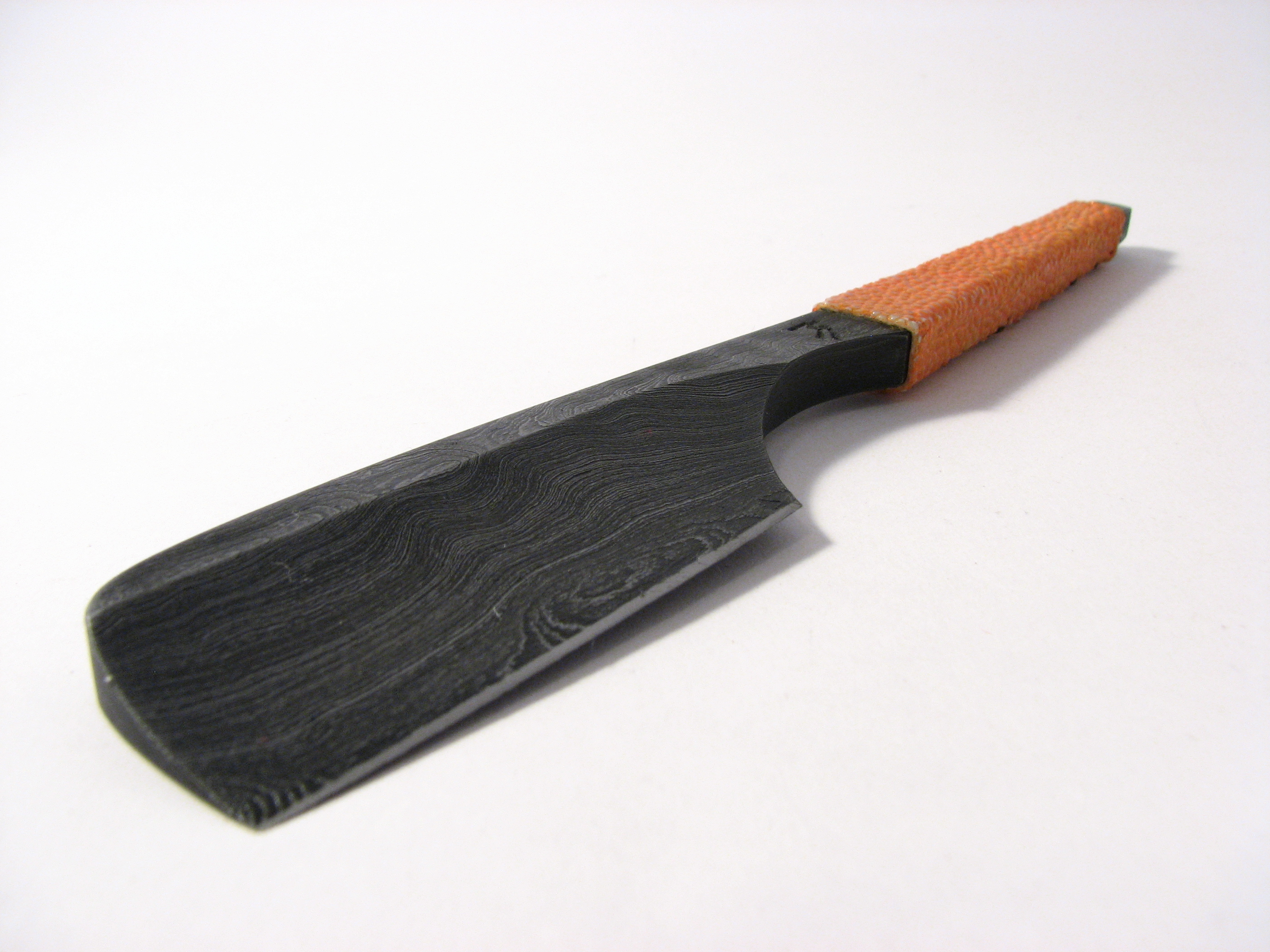 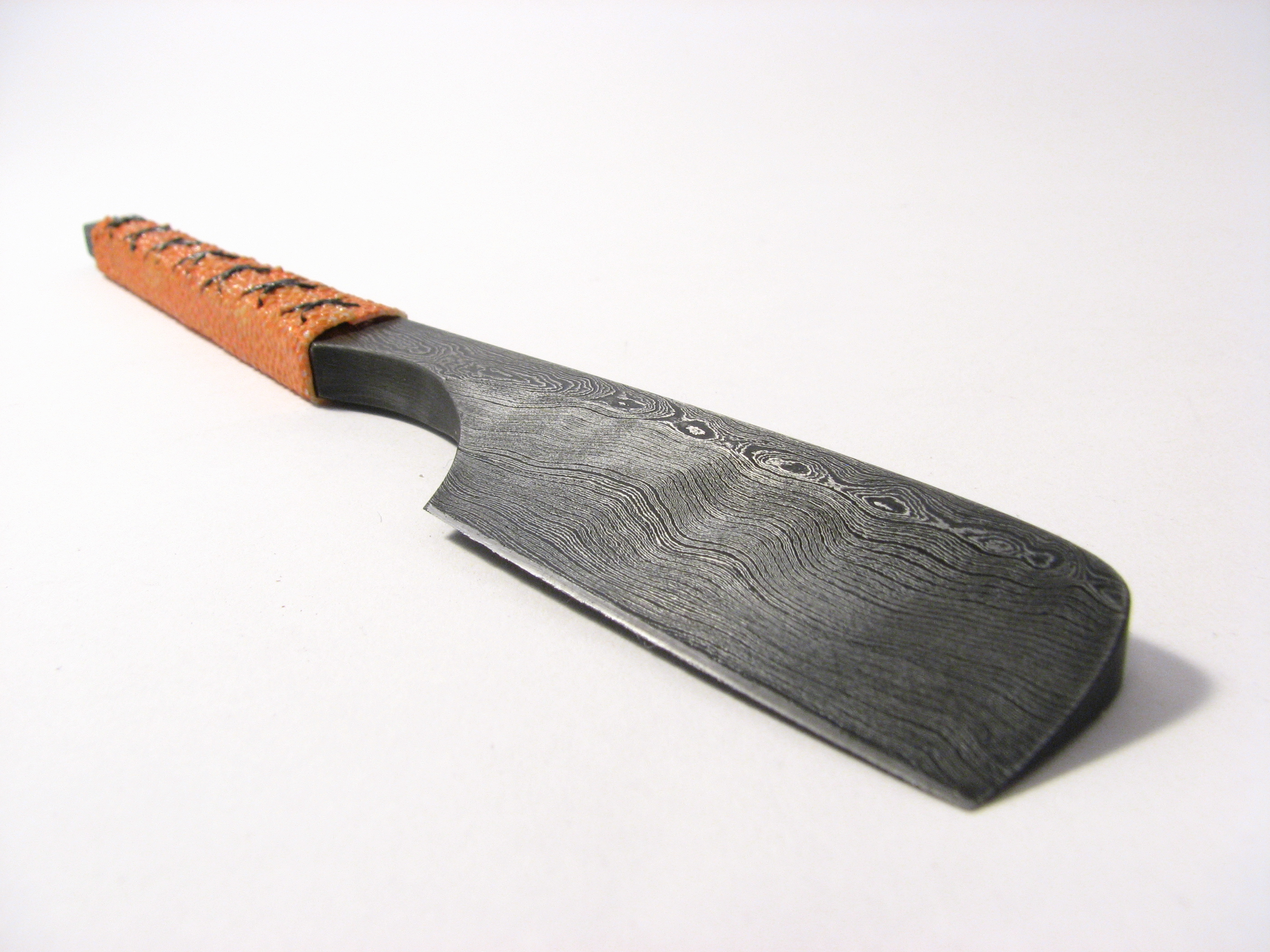